A considerable part of a digital culture is not just the digital aspect in itself. In fact, digital implies change, frequent and oftentimes rapid change. 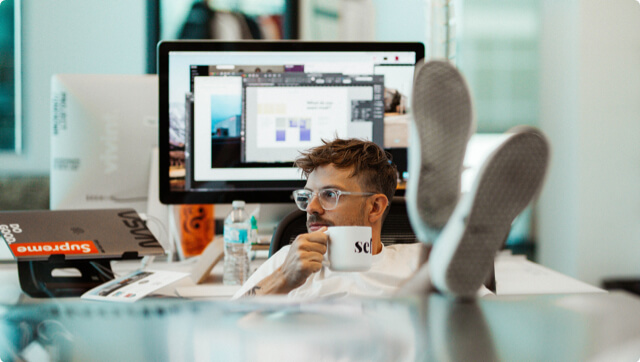 Why is change so important?

Globalisation is of course not a new mode of doing business. Globalisation on a large scale started in the 19th. Technology advances like the internet made global business much more competitive. The new global reach opened up new markets. New markets implied more business but it also meant more competition. Pricing advantages, for example, become harder to maintain.

In order to stay competitive smart businesses must outsmart their competition by being able to innovate faster across the value chain than their competitors.

Innovation requires the capacity to change.

Change allows to adapt to moving markets and new technological advances much quicker. If there would not be the human being as the center of all collaborative endeavours.

Change is hard because people are reluctant to change. Change as per definition is uncertain. As humans, we dislike uncertainty. Humans prefer foreseeable progression. Granted that a human being dislikes change, imagine a company which grows from just a few to 50+ people. Now, the company has to manoeuvre not just a few human beings but the reluctance to change of 50+, especially those that joined in later stages. The later an employee joins a business the less risk they will entail. As product budgets, respective markets and therefore revenue increase, so does the pressure to maintain those levels. But as companies get bigger the dynamics, processes and also the mentality of people change. This is the big challenge but it also provides incredible opportunities.

blended.io was founded by Andree Huk, who has been a digital native since 1996. Find out how we help employees to embrace change and digital opportunities.

Let management consultants do the talking about Change, we execute and deliver.