Our client Sparhandy.de crossed the 400.000.000 EUR mark in 2016. The previous year, blended.io has helped to move their ecommerce shop from a desktop-only experience to a cross-platform one. Their shop welcomes surfers on any device.

The online shop has been the major force behind the success of Sparhandy. CEO, Wilke Stroman, announced revenue increase after revenue increase which resulted 2014 in total revenue of 317 EUR million, a 45% increase to 2013. But then traction started to trend lower. 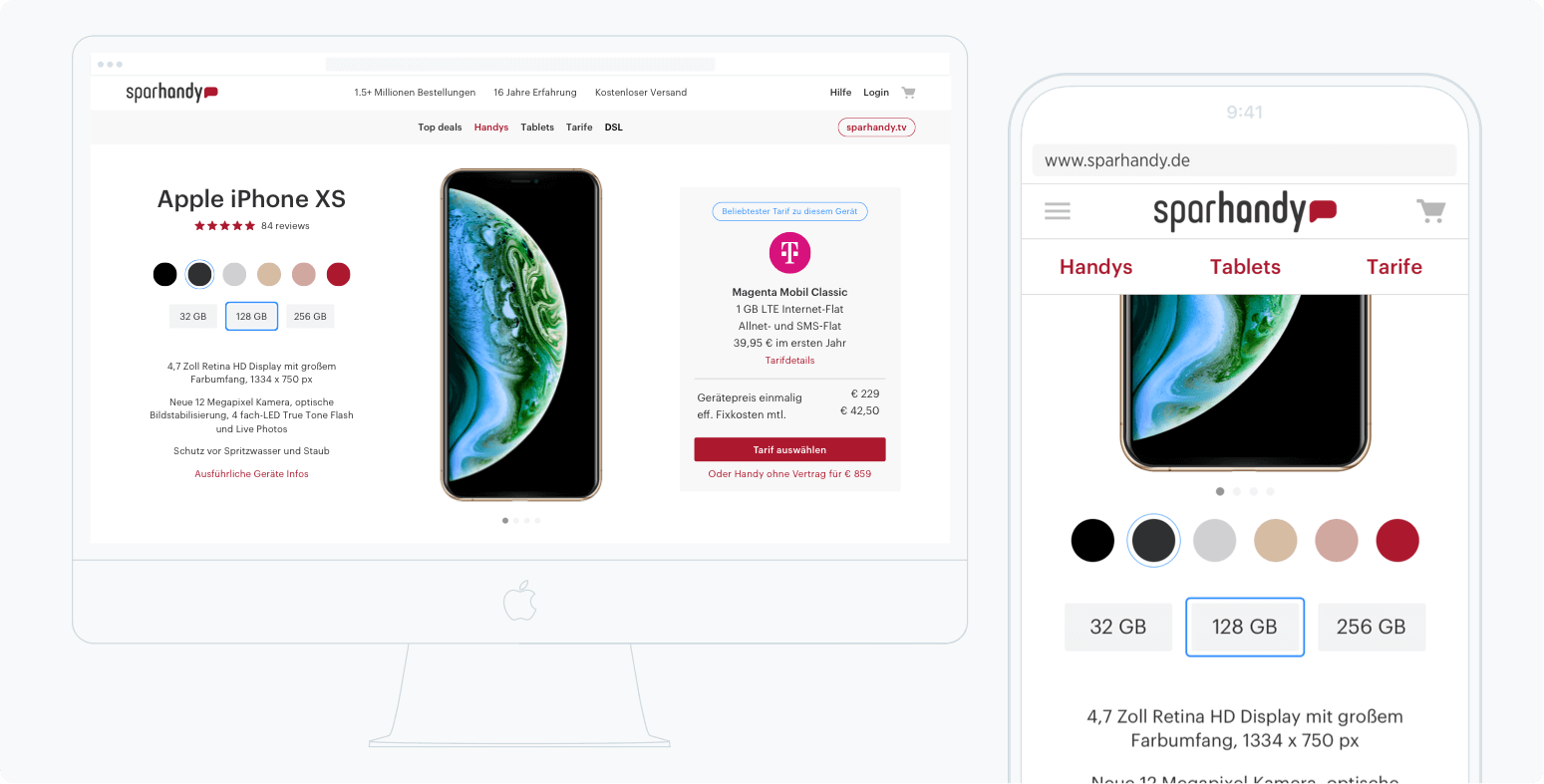 Selling phones and contracts via desktop-web

blended.io was asked to join sparhandy's local team in Cologne in early 2015 to kick off a session that would result in a complete responsive redesign of their ecommerce shop. The redesign and technical restructure would heavily contribute to the huge revenue increase in 2016.

Naturally, the company is very sales and marketing-driven. Interestingly, their online shop is a desktop-only experience Due to the technical setup and further development over the years, the shop was not accessible for smartphones. This is a startling fact as in 2014 in Germany internet usage on smartphones passed that on PCs.

To give you an idea on how the site worked at the time: The index page of the site used big image blocks to communicate their offers and deals. The graphic design team prepares visuals for many channels, not just online. Though using the same visuals for more than one channel improves the turnover time for work to be done. Henceforth, the team used almost the same visuals from offline activities on their website. It was a necessary evil because the technical structure did not allow for formats.

It was not just cross-platform experience that was required to bring their online estate to a new level but also a new way of thinking about online, user interactions and technical architecture. Luckily, a fellow colleague who actually brought us in had already pushed the boundaries at the time and steered the ship towards change.

The total revenue in 2015 did increase by 7% but it was not publicly announced then. By looking at the revenue figure and these stats it was made clear that a big change was needed. Giving potential buyers a desktop-only experience would not be working much longer.

A redesign getting started

We were brought in to help drive the monstrous change that was required to move from desktop-only to a cross-platform experience. The huge technical challenge that stood at the base of the experience transformation was not the primary concern for blended as we focused on the experience first and foremost, however, blended's technical expertise came in very handy.

Read further how we helped Sparhandy to go passed 400 EUR million in revenue per year in 2016.